Initial Phase 3 results indicate that India’s vaccine Covaxin (BBV152) – an inactivated SARS-CoV-2 vaccine – had an interim efficacy of ~81% in preventing symptomatic COVID-19. More details can be found in this press release.

An earlier preprint (more details below) indicates Covaxin neutralizes the SARS-CoV-2 variant B.1.1.7 (the UK-detected variant).

Covaxin reported to neutralize the variant B.1.1.7

This was observed in a plaque reduction neutralization assay (the green is the UK variant – by sequencing said to have been confirmed to contain all B.1.1.7 mutations). 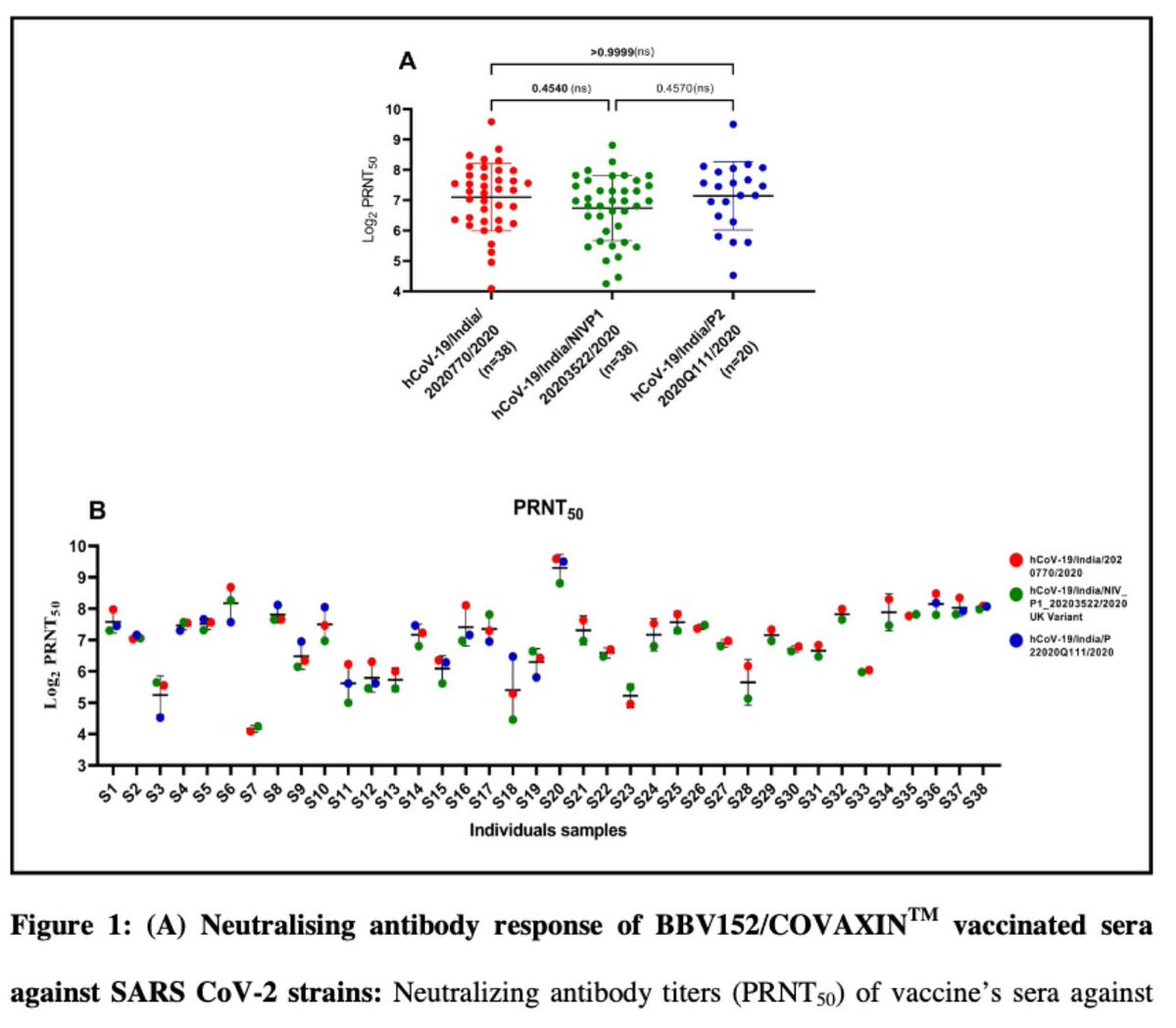 Phase 1 data for Covaxin in the Lancet Infectious Diseases

There was a very low frequency of reported side effects: Local pain, headache, fatigue, fever, & nausea/vomiting were the most common, and were only reported from about 2-5%. Similar to after AstraZeneca’s & J&J’s vaccine (see also the overview I wrote, here), these side effects were reportedly more common after dose 1 compared with after the 2nd dose. 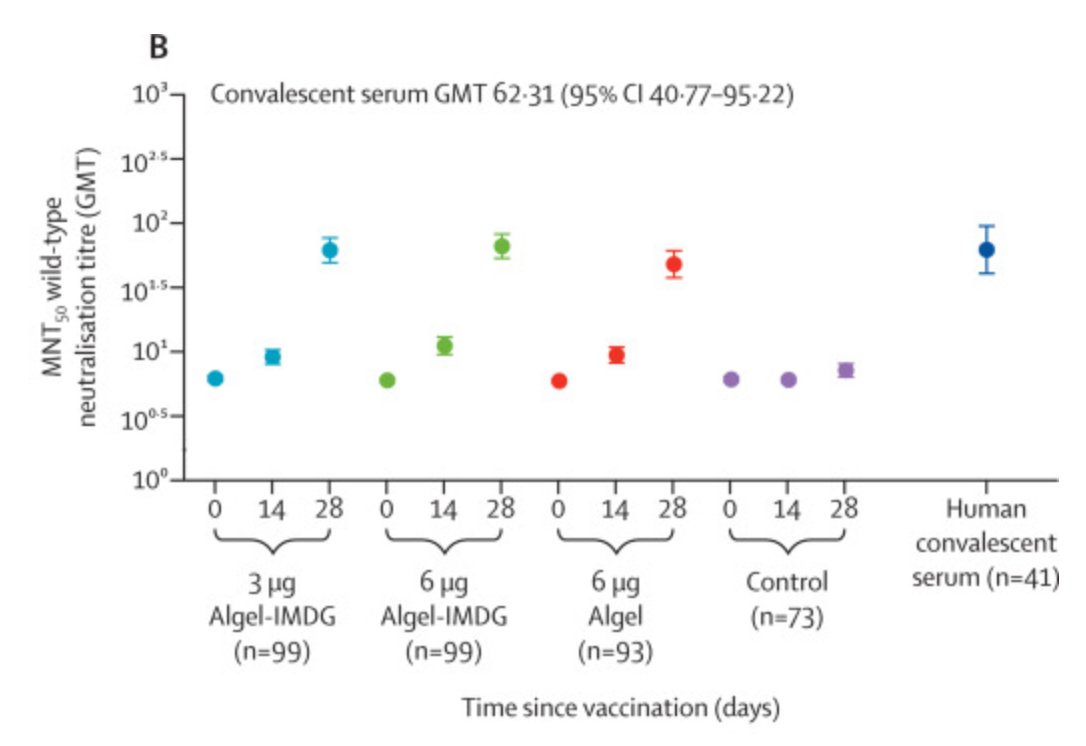 As seen above, the phase 1 data indicated that antibody titres generated after vaccination with Covax were similar to those seen in convalescent sera (i.e. from people who have previously had COVID-19, shown on the far right). In contrast, e.g. Moderna has been found to induce far higher antibody levels (here measured as titres) – see this thread for such data.

A brief comparison with another inactivated vaccine, Sinovac’s Coronavac, can be found here.

Here’s a Twitter thread with basically the same information as above.

“A new centre will invest in shots for a range of infectious diseases so the country ...is ready for future outbreaks” https://www.nature.com/articles/d41586-022-03000-3

WATCH: @EliudKipchoge breaks his own marathon world record by 31 seconds with a time of 2:01:08 in the #BerlinMarathon.

New study @NatureComms finds that our gut bacteria may determine the levels of many molecules in our blood, highlighting another way in which gut bacteria can ...have a major impact on our health
https://www.nature.com/articles/s41467-022-33050-0

"Bumble Bee ...Workers Give Up Sleep to Care for Offspring that Are Not Their Own"
https://www.sciencedirect.com/science/article/pii/S0960982219310176

Today I learned that bees also sleep 5-8 hours a day, and sometimes hold onto each other’s feet so they don’t fall. This is an important discovery.