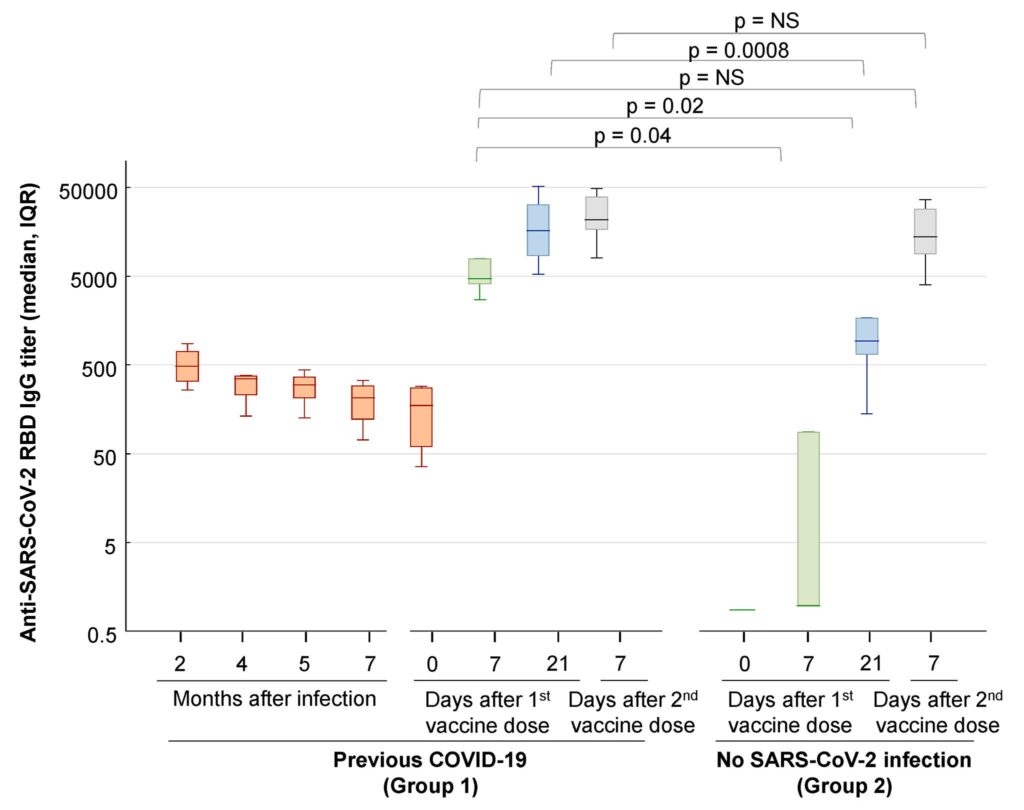 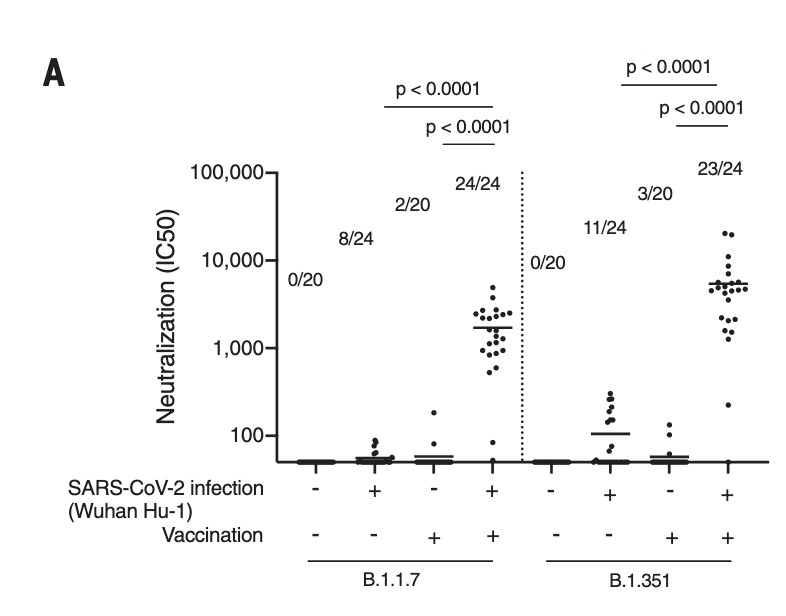 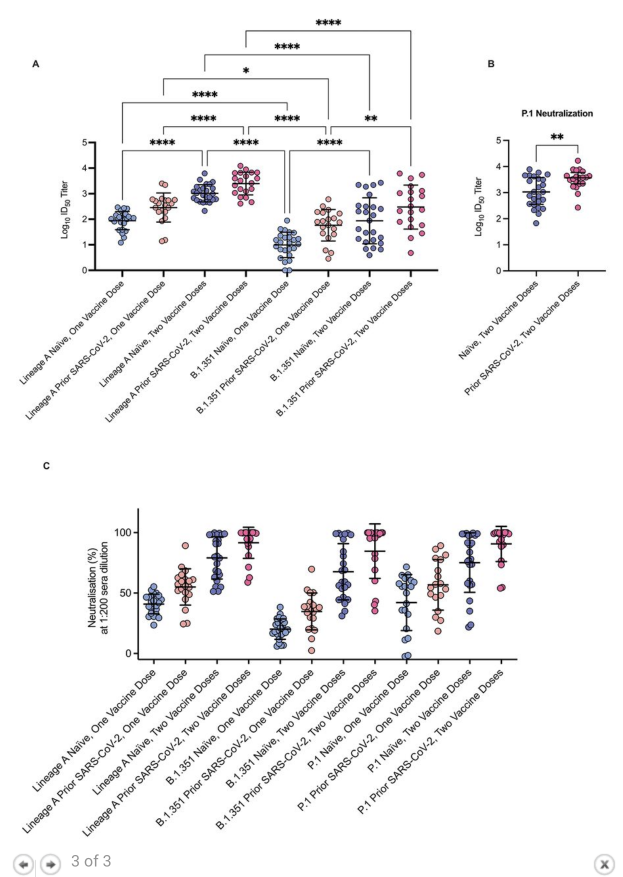 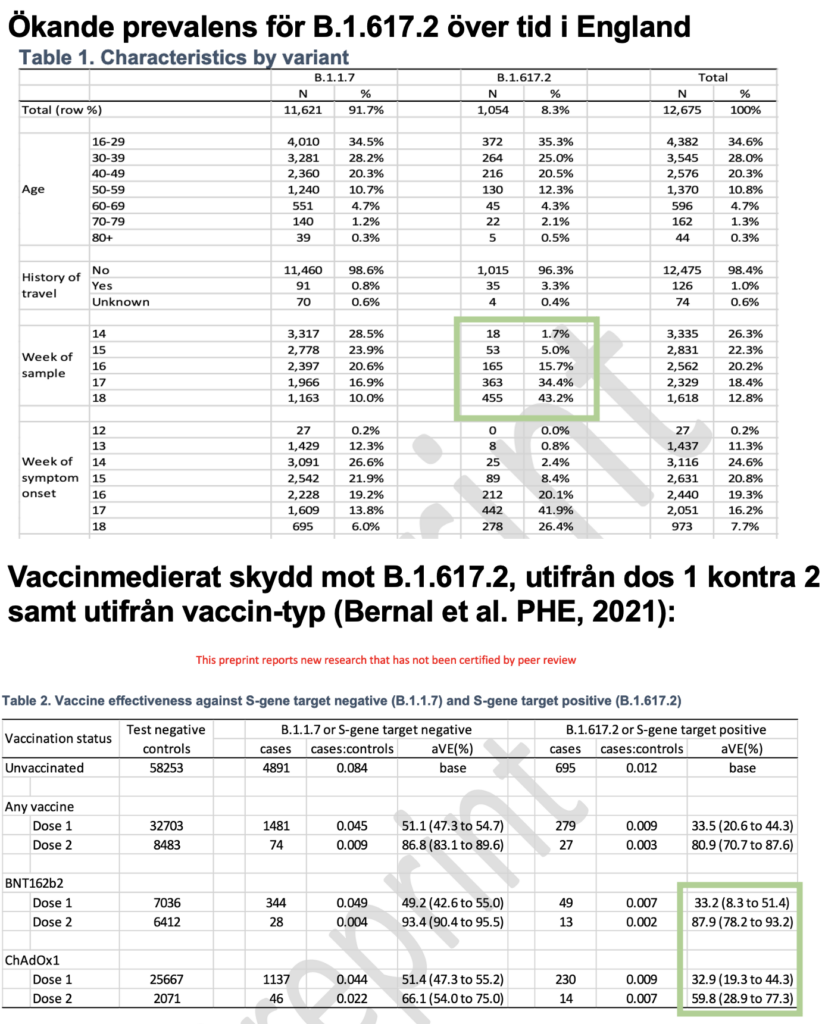 Impact of variant B.1.617 on infection- and vaccine-induced antibody-mediated immunity

May 10, 2021 B.1.617
Antibodies generated by an mRNA vaccine (Pfizer’s BNT162b2) are not that adversely affected by the new Indian-identified SARS-CoV-2 variant B.1.617. The title of a new preprint may perhaps lead one to believe otherwise:
The title of the new preprint by Hoffmann et al. is “SARS-CoV-2 variant B.1.617 is resistant to Bamlanivimab and evades antibodies induced by infection and vaccination”, and in the discussion they claim “moderate evasion of antibodies induced by infection and Comirnaty/BNT162b2 vaccination was obtained”. As described below, there does however not seem to be a very notable degree of evasion (not more than e.g. from variant B.1.1.7), and this is supported by other studies and reports as well (see further down).
What the new preprints finds (note, a preprint is still not externally peer-reviewed):

However, vis-à-vis B.1.351 and vaccine-mediated protection, new data from Qatar in New England Journal of Medicine shows real-world data for how effective Pfizer’s mRNA vaccine is against that variant. So this means that we may not have to be worried if we are vaccinated with two full doses, and especially not against B.1.617, as this is far less troublesome for the vaccines (based on the above and below in vitro data).

However, once more, the Qatar vaccine analysis shows how incomplete protection is after only the 1st dose of the vaccines:

As a side note, even India’s inactivated COVID-19 vaccine (which many would probably argue is a vaccine inferior to the mRNA vaccines, at least given that it is not proven to the same extent in published studies), seems to be able to neutralize B.1.617 quite effectively. See this preprint by Yadav et al.

Thus, at least the parental B.1.617 variant does not seem to be that worrying. The subvariant B.1.617.2 may be worrying, but it does not seem to cause severe disease when you are vaccinated, preliminary data for that comes from England with AstraZeneca’s vaccine (thread here).

Finally, unpublished in vitro studies also show that the variant B.1.617 actually has a combination of mutations (L452R+E484Q) that may make it less prone to evade vaccine antibodies (again, this is not even published, but comes from a well-known lab), see the screenshot below from that Twitter thread.

As can be seen below, the mutation E484K (which for instance occurs in variant B.1.351, but not in B.1.617, produces a far greater drop in neutralization activity, as has been demonstrated in numerous studies). Yet again, as indicated above, real-world data shows that Pfizer’s mRNA vaccine at least is effective against this variant. Pfizer’s own data also indicates such preserved protection against COVID-19 caused by SARS-CoV-2 variant B.1.351 (unpublished data announced as a press release). 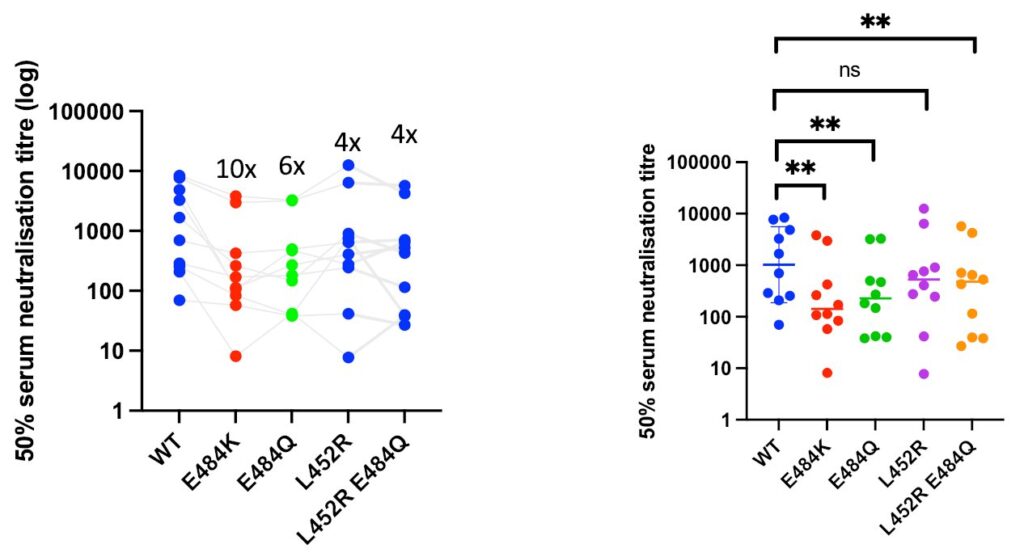 “A new centre will invest in shots for a range of infectious diseases so the country ...is ready for future outbreaks” https://www.nature.com/articles/d41586-022-03000-3

WATCH: @EliudKipchoge breaks his own marathon world record by 31 seconds with a time of 2:01:08 in the #BerlinMarathon.

New study @NatureComms finds that our gut bacteria may determine the levels of many molecules in our blood, highlighting another way in which gut bacteria can ...have a major impact on our health
https://www.nature.com/articles/s41467-022-33050-0

"Bumble Bee ...Workers Give Up Sleep to Care for Offspring that Are Not Their Own"
https://www.sciencedirect.com/science/article/pii/S0960982219310176

Today I learned that bees also sleep 5-8 hours a day, and sometimes hold onto each other’s feet so they don’t fall. This is an important discovery.